Attack of the Zilgrids: An Ultra Boy and Wonder Dog Story.

The Awesomest Kids of All Time 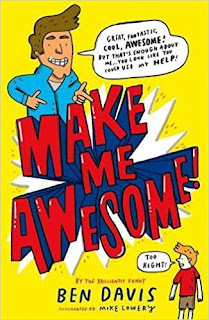 Only a few people ever achieve Awesomeness. And most of those few achieve it later in life, after years of trial and error. A tiny percentage, though, and I’m talking like 0.0000000001% are born Awesome. This post is about them - people that achieved great things before they were old enough to celebrate with a glass of wine.

My latest book, Make Me Awesome is about Freddie; a kid who, for all his positive attributes, was not born Awesome but tries his damnedest to achieve it. He signs up to dodgy life coach Chuck Willard’s Complete Road to Awesomeness Program, but he doesn’t need to bother. He could just take inspiration from these Awesome kids. 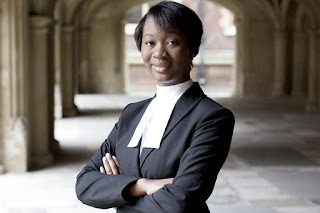 Imagine being the cleverest kid in school. Now imagine being so clever, you start studying for a degree when you’re fourteen and graduate when you’re sixteen. Sounds mad, right? But that’s exactly what Garbrielle Turnquest did. And there was me thinking I was a big deal for drawing the best picture of a horsey.


And that’s not the end of it. After she finished her degree, she went to law school and at eighteen, became the UK’s youngest barrister in six hundred years. When I was eighteen, I was working in an Argos and holding ‘Who can burp the longest competitions’ with my best friend Barry. I mean, yeah I won, but it’s not exactly a law degree, is it? Now I think about it, I should probably take the certificate down. 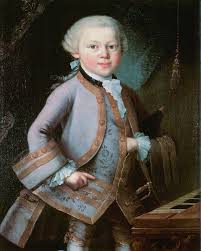 Now, I’m not exactly a cultured person. I mean, I always get Mozart and Beethoven mixed up.


And I shouldn’t, because Mozart was pretty special in his own right. By the age of four, he had already mastered the piano and the violin and had composed his first concerto. That’s right, a concerto. I couldn’t even manage London’s Burning on the recorder when I was four. Come to think of it, I still can’t.

By the time he was six, he was playing for the Emperor, and at nine, he was in demand all over Europe. He was basically the Justin Bieber of his day. Only less annoying.

It’s often said that young Wolfgang was pushed to success by his father, also a keen musician. Which is pretty much the same as when you see Dads screaming at refs at football matches. 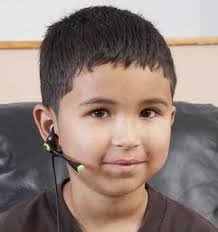 Do you like playing computer games? Do you find yourself gaming when you should be doing homework? Well what if I were to tell you that you can make it your JOB?

That’s exactly what Lil Poison (real name Victor De Leon III) did when he was just six years old. He became so good at Halo that a gaming league signed him up to be a professional gamer. He competed in worldwide tournaments, placing second out of 550 at the Halo 2 FFA tournament in 2003.

Now, I’m not much of a gamer, but it’s bad enough when some teenager whoops me at GTA, never mind a seven year old.

Lil Poison might seem like a strange choice for this list, but he’s as good a choice as anyone. Just because he’s not an academic or musical genius didn’t stop him from making his passion his job. And if that ain’t Awesome, I don’t know what is. 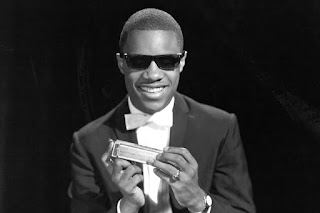 Now, you might know Stevie Wonder as a smiley old fella sitting behind a piano, but he has been in the game since he was knee high to a grasshopper, scoring his first number one hit aged thirteen in 1962. At that point, he’d already been signed to the legendary Motown records for two years, recording, touring and writing songs.

He began playing music at an early age, mastering the piano, harmonica and drums, as well as possessing one of the most recognisable voices in pop history. And he did it all despite losing his sight as a baby.

Stevie is Awesome because he overcame tremendous obstacles to become one of the greatest musicians ever. To quote Mr Wonder himself, ‘Just because a man lacks the use of his eyes doesn’t mean he lacks vision.’ 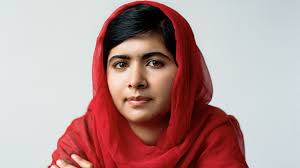 The story of Malala Yousafzai is one of the most inspirational you will ever hear. As a child, she was a tireless campaigner for the rights of girls and women in her native Swat Valley in Northern Pakistan. She kept an anonymous blog for the BBC, detailing life under the Taliban, who banned girls from attending school. When her identity was revealed, she began publicly advocating for female education and was awarded Pakistan’s National Youth Peace Prize.

However, the forces she was speaking out against were displeased, and sent death threats to Malala. When they didn’t stop her, a Taliban gunman boarded her bus and shot her, the bucket passing through head and neck.

Thankfully, after extensive medical treatments in both Pakistan and the UK, Malala made a full recovery and continued her fight for justice. In 2014, she became the youngest ever recipient of the Nobel Peace Prize and is currently studying Philosophy, Politics and Economics at Oxford University.


So there you have it, my list of Awesome Kids. I hope you enjoyed it. Now of course, the idea of this wasn’t to make you feel bad – I mean, I didn’t do anything close to what these guys achieved when I was a kid. Heck, I still haven’t. I just wanted to show that Awesomeness comes in all shapes and sizes, from being good at music, to computer games to standing up for what you believe in. You can even be Awesome just by petting a dog or helping an old lady across the road. Make sure you do that the right way round, though.

Make Me Awesome is out now!

Well hello there, you're looking remarkably well. Have you been working out? Me neither.

Anyway, the reason I'm writing this post is to tell you about a new thing I'm doing - Vlogging a Dead Horse - a new series on YouTube about writing, books and whatever else pops into my head. Plus, there'll be all kinds of other surprises and whatnot.

The first episode is up now and features a WORLD EXCLUSIVE Joe Cowley short story set before the first book. So what are you waiting for? Watch the thing so I can become one of those big time YouTubers like Zoeena or Danzig and Philbert.

Ben Davis here with a blog about my new book, My Embarrassing Dad's Gone Viral! It's the story of Nelson - a twelve year old boy whose mum disappears one day, leaving his dad to look after him and his five year old sister, Mary. After a search turns up no clues, Nelson thinks that the best way to get Mum back is to become a famous YouTuber and make enough money so that she'll want to return. However, that plan goes awry when Dad moves the family to the middle of nowhere and enforces a strict no computers or TV rule on them.

Despite that, Nelson continues to secretly make unsuccessful videos until one day, his Dad unwittingly becomes the star of the show and is catapulted to internet fame. Can Nelson get his mum back before his dad finds out just how famous he is? There's only one way to find out!

I made a video about the book for my publisher's sales conference which you can view below:

And to top it all off, MEDGV! has been named a 'Book We Like' by BookTrust (review here) as well as a Young Writers Recommended Read and a Bag of Booklists Book of the Month.

My Embarrassing Dad's Gone Viral! is out now from all the usual places.

Hello blog people!
I was recently a guest on the marvellous ThankBookFor podcast. We talked about books, sharks and Marmite. It was loads of fun.
You can listen at ThankBookFor.com or via your preferred podcast-listening app.
Gensundheit!
Posted by Ben at 09:20 1 comment:

Guten abend! To mark the publication of Welcome to Cringefest this week, I'm making an FAQ video. If you have a burning question about Joe Cowley, writing in general, or what my favourite crisp flavour is*, just write it as a comment, send a PM, or get in touch through my website and I will answer it in the video.

PLUS! Everyone who asks a question will be entered into a draw to win a signed copy of Welcome to Cringefest. A prize potentially worth hundreds of pence.

Promote your Page too